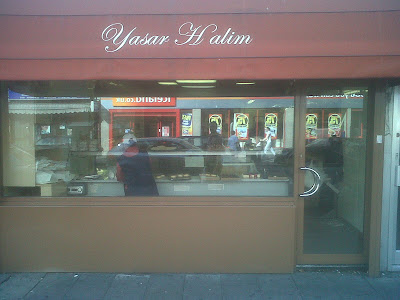 If these looks are deceiving you, don't be fooled - I'm just a dreadful photographer. Yasar Halim has long been a family favourite for fresh baked treats and Cypriot street food. With three premises side by side selling the full range of Cypriot wonders from oils and olives to breads, baklava and meat.Who could resist the temptation of the Gozleme, the Borek or the Tahini Bread? I couldn't, I bought all three and got seven pounds change from a tenner. Yasar is the best, the busiest and maybe even the oldest.

Green Lanes never lets you down.

Labels: Fine Food Retailer, Loaf and a Half, One of my All Time Favourites
Newer Post Older Post Home 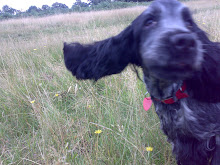 As a fine food retailer of many years I love nothing more than wandering the streets of London. Retail may be detail but research is key. My wanderings are often alone, sometimes with my Wife and Puppy, but always on the lookout for something new. Be it coffee house or gallery, installation or concept inspiration can come from anywhere. Mostly though it's grocery stores and deli's. That's my kinda shopping!

A Few of My Favourite Things